Extreme E, the Formula 1 of electric cars, is one of our Green Apple Award winners and below they highlight the need for urgent action on climate change…

Greenland’s ice sheet is one of just two in the world, but sadly due to the climate crisis it is melting at an accelerating rate. Extreme E is shining a spotlight on this globally-significant impact of climate change to highlight what we can do to make a positive difference.

The Arctic, and more specifically Greenland, is suffering from a variety of issues due to the climate crisis including glacial retreat and ice melt leading to sea level rise. Here are some key facts:

NASA estimates the mass of pack ice at its summer minimum has fallen by an average of 12.8 per cent in each decade over the last forty years

Greenland’s ice sheet is more than 100,000 years old and is up to two miles thick in places, covering a staggering 80 per cent of the island. It makes up 8 per cent of all Earth’s fresh water and if it were to melt the world’s sea level would rise by seven metres. This would swamp many of the world’s coastal cities including London, Shanghai, New Orleans, Sydney and Singapore.

In 2012, 97 per cent of the ice sheet experienced surface melt at some point during the year. Between 2002 and 2016 the ice sheet lost mass at a rate of around 269 gigatonnes annually, equating to 269 billion tonnes, and now accounts for about 37 per cent of the contribution of ice melting to global sea level rise, and just last month according to the Denmark Meteorological Institute, Greenland lost 8.5 billion tonnes of surface mass, enough to cover the entire state of Florida in two inches of water.

Head of Extreme E’s Scientific Committee Peter Wadhams, a world leading authority on ice melt who has led more than 55 Arctic expeditions, says, “As soon as I heard the idea for Extreme E, I was very excited. Transport is responsible for 30 per cent of the use of fossil fuels, which are the main cause of global warming, so Extreme E’s overall principle of encouraging electric vehicle use, is very important to our planet’s future. 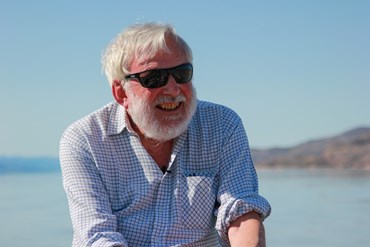 “On 1 August, 2019, which was one of the days that I was in Greenland with the race team, the ice cap lost 12.5 billion tonnes of ice, a new daily record loss. If you consider what that level of daily loss does to global sea levels, it’s very scary indeed. It really is a crisis – this is happening now, today, and we need to act fast to have any chance of slowing it down.”

Peter adds, “The site we have found here in Greenland is ideal. It is a sandbar, made of rockflour that has naturally been transported off the glacier over years. Racing over that area won’t have a harmful effect on the environment, but the potential awareness and education that could be generated through the powerful sporting platform will be enormous.”

Professor Wadhams will be in Greenland for Extreme E’s Arctic X Prix alongside Scientific Committee member Professor Carlos Duarte. Carlos adds, “The future melting rates of the Greenland Ice Sheet will largely determine the safety of people in low lying areas around the world, and entire nations, such as island states already threatened by sea level rise. I cannot think of a more relevant spot for Extreme E to race than Greenland.” 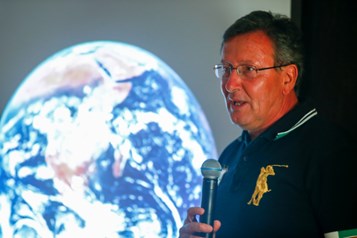 Although these issues feel very local to Greenland, the whole world is contributing to this potentially devastating impact. However, by making small lifestyle changes to reduce carbon emissions such as walking more, eating more plant-based food and driving electric, everyone can make a difference. Extreme E has teamed up with Count Us In to invite fans to make these pledges, with more information here.

Professor Richard Washington, another member of Extreme E’s Scientific Committee says, “Tipping points in climate change, which include the melting of the Greenland ice sheet, require us to approach the way we live in new ways. Extreme E is showcasing how electric vehicles are part of an exciting future where reduced carbon emissions lead to a safer world.”

Greenland is also looking to make a difference and already has a focus on renewable energy and e-mobility. The island produces much of its own energy with 70 – 90 per cent already coming from hydropower plants, but the aim is to increase this to 100 per cent by 2030. In addition, nearly one fifth of motor vehicles in Greenland are electric or hybrid.

There are multiple country government initiatives and United Nations programmes to support people and businesses to reduce carbon emissions and Greenland epitomises exactly why everyone needs to take action.

SOME OF OUR MEMBERS AND WINNERS PAST AND PRESENT